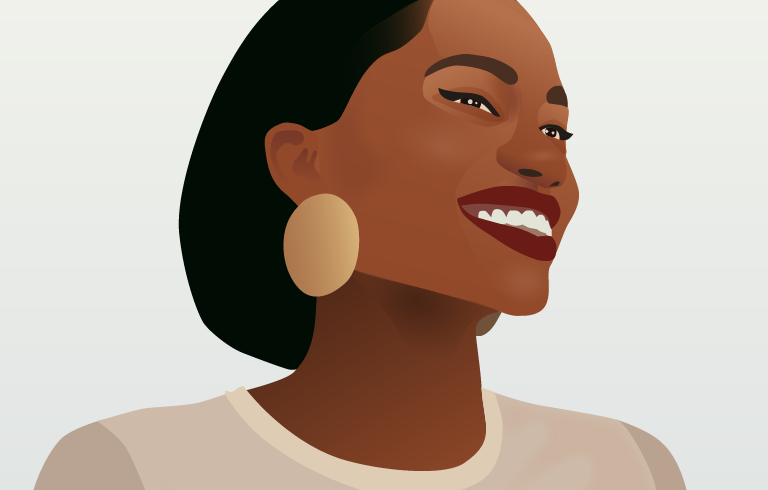 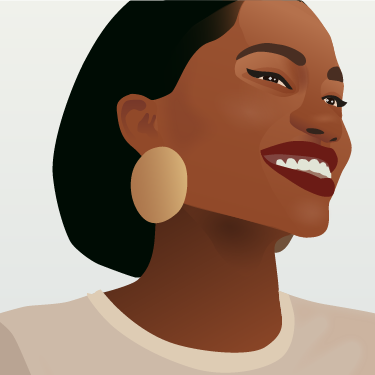 The Difference Between Botox and Dysport (and Xeomin and Nuceiva)

If you’re someone who regularly gets wrinkle minimizing and prevention treatments like Botox or if you’re someone who’s thinking of trying it out for the first time, you may have noticed that the neuromodulator world has expanded. You might be wondering what that means for you.

Let’s preface this by saying that if you’re someone who already gets regular neuromodulator injectable treatments and what you’re using is working for you, then you’re golden—no need to switch it up. But we’ve been getting a lot of questions lately about the differences between all the neuromodulators on the market, so we thought we’d break it down for those of you who are curious.

What is a neuromodulator injectable?

Generally speaking, anti-wrinkle injection treatments like Botox work below the skin’s surface to target the underlying muscle activity, reducing the appearance of fine lines and wrinkles around the brow and minimizing moderate to severe crow’s feet. Other areas that are targeted with these injections are horizontal and vertical (glabellar) forehead fine lines, and squint lines produced by the nose.

The most commonly used injectables that treat fine lines and wrinkles are products that are based on a formulation of Botulinum Toxin A, a neuromodulator that temporarily blocks the nerves that cause your muscles to contract causing fine lines and wrinkles. The injectables that are currently part of this neuromodulator family are Botox, Dysport, Xeomin, and most recently Nuceiva.

What you need to know is that all four neuromodulators work towards the same goal, to minimize and block movement that causes unwanted creases, primarily in the upper part of the face. In other words, they are basically all exactly the same.

Where they differ is in their manufacturing process, all are based on a slightly different formulation of Botulinum Toxin A, and they also have different indications based on the amount of research that’s been done on each neuromodulator.

In terms of longevity, they all last pretty much the same amount of time (3-4 months) and you’ll need to re-treat every 3 months or so to maintain your result.

It’s the neuromodulator with mainstream name recognition. How familiar are we with it? Well, we’ve used Botox in our practice since it first came to market in Canada in 2001.

As an injectable neuromodulator, Botox has been on the market the longest and has been used in order to treat a number of symptoms since the 1970’s, like the side effects of Bell’s Palsy, urinary incontinence, and hyperhidrosis (excessive sweating).

Because of its longevity on the market and the fact that it’s been approved for use for different things not just cosmetic use, there is a ton of research out there about its uses and effectiveness—out of all of these treatments, the highest number of published research papers are about Botox—and it also has the longest safety profile.

Something to note if you’re a Botox user. Some people who get Dysport, Nuceiva and Xeomin find that these neuromodulators don’t have the heaviness associated with Botox, your forehead feels a little less heavy/frozen when the toxin kicks in.

Dysport was approved by the FDA in 2009 and approved in Canada for cosmetic use in 2014. It’s an alternative treatment method for minimizing the appearance of frown lines and forehead wrinkles.

If we’re talking chemistry, both Dysport and Botox contain protein additives in their formulations and differ in their potency levels. As we mentioned above, Dysport is meant to target the glabella (the smooth part of your forehead, between and above your eyebrows), but it can be used effectively in the exact same way as any of the four neuromodulators.

Recently our co-founders Dr. Lista and Ann were injected with Xeomin and they’re enjoying their results.

Xeomin was approved by the FDA in 2011 and launched in Canada a year later. It’s particularly effective for patients who find they have a higher degree of resistance to neurotoxins.

In terms of its formulation, Xeomin is a straight form of Botulinum toxin, which basically means that it doesn’t contain any protein additives like Botox and Dysport.

An important fact about Xeomin, though, is that it doesn’t “spread” after it’s been injected. The benefit to this is that in the hands of a skilled injector, we can really shape the eyebrows and the brow, lowering and lifting certain muscles to create a beautiful look. With this careful targeting, it also allows us to avoid an overly frozen result.

The drawback to this is if your injector misses the muscle, it won’t work. With the other neuromodulators there is some expected “spread” a little beyond the injection site. So if your injector is a little bit off with where the product is injected, the toxin will spread and eventually capture the muscle.

This isn’t the case with Xeomin. Some people who’ve received Xeomin say it was too light or that it didn’t work, and this is likely the reason why.

The newest member of the injectable neuromodulator group, Nuceiva was approved for cosmetic use by Health Canada and the FDA in 2019, and has pretty much come on the market as a direct competitor for Botox.

You can think of Nuceiva like another brand making cellphones. Imagine a new model hitting the market from a different company that’s overall pretty similar to the phone you’ve been using for the past several years. Basically it’s considered to be another brand making more or less the same product since it uses the same molecule as Botox in its formulation. But unlike Botox, which has multiple uses, Nuceiva is used solely for cosmetic purposes.

Fun fact: Nuceiva is actually marketed under the name Jeuveau in the United States in case that’s popping up in your google feed.

So that about sums it up for the neuromodulator world. The truth is, they are basically all exactly the same at the end of the day. Botox has been on the market the longest, which is why it’s so widely available, but if you are a patient of ours, we may offer an alternative if we think it’s what’s right for you. So come see us! We can talk options and create a treatment plan that will help you get the look you want. 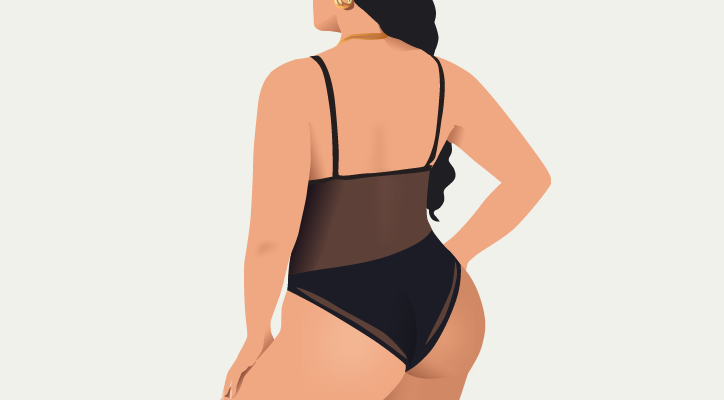 3 Non-Surgical Treatments to Achieve Your Best Butt Ever 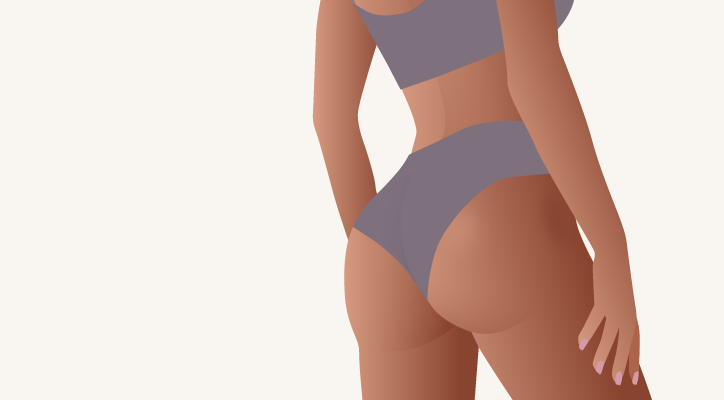 We’re Excited to Introduce Peel Treatments for the Bum 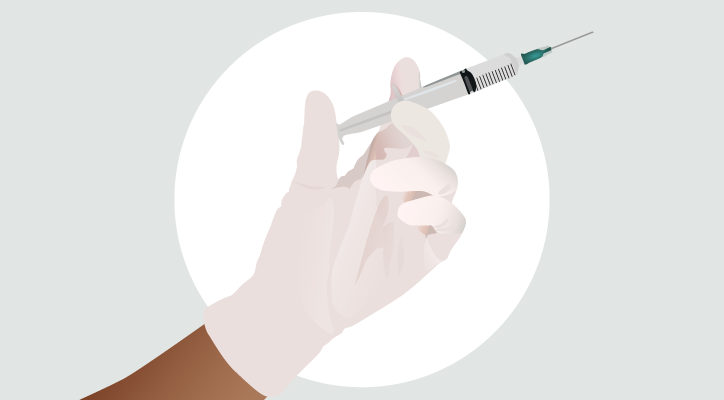 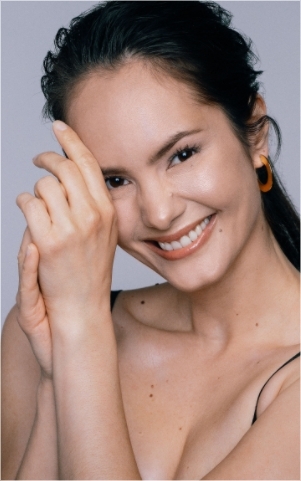